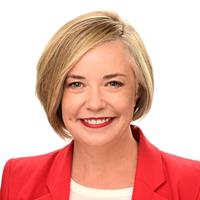 Linda Scott (B.Sc. (Psych.), GAICD, JP) is a City of Sydney Councillor, first elected in 2012 and re-elected in 2016. She is also the elected President of Local Government NSW, a regular guest on Sky News and a committed advocate for the public good.

Linda is a strong advocate for local government, and works to ensure councils across NSW are given the tools and support to invest in the areas that matter to their communities. Linda has successfully advocated for significantly increased public funding for libraries, more local government control in planning decisions and a Parliamentary Inquiry into local government electoral funding. She has also successfully fought for City action to create more affordable housing, increased early education and care centres and new skating facilities, the use of historical and indigenous names for City parks and landmarks and increased City funding for action on dangerous climate change, via cancelling of the City’s invite-only New Year’s Eve party. She has also successfully campaigned for a landmark rainbow flag on Sydney’s Oxford Street, and the introduction of planning controls to allow high quality street art in Sydney’s streets.