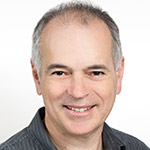 Philip actively promotes the culture of architecture and city making, combining the direction of the practice with teaching, research, conference papers, public lectures, articles, walking tours, architectural criticism and expert opinion. He has lectured across Australia and internationally, and at all universities in Sydney, with a particular focus on the history of Sydney’s architecture and urban design, and the architecture of the city more generally.

Philip is a past appointee to the Heritage Council of NSW, and the Minister for Planning’s Urban Design Advisory Committee (UDAC), and served for nine years as a Trustee of the Historic Houses Trust of NSW (now SLM). Philip has sat on a number of Design Review Panels and architectural juries.

Philip is founding principal of Hill Thalis Architecture + Urban Projects, a practice recognised for its design excellence and independence. In 2009, Philip was awarded the AIA NSW Presidents Award for Outstanding Contribution to the Architectural Profession (jointly with Peter John Cantrill). In 2013, his book Public Sydney; Drawing the City (co-authored with Peter John Cantrill) was published to acclaim.

Philip is also a Professor (Fractional) of Practice in Architecture in Built Environment at the University of New South Wales.