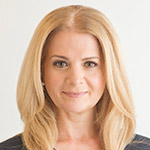 After more than 30 years in business, Angela has time and time again seen the difficulties faced by small business owners across a wide range of issues.

Angela Vithoulkas is a second term independent Councillor at the City of Sydney.  As well as representing all members of the local community she is actively involved with Sydney’s small business and start-up community. Angela’s successful career in public and business life has been acknowledged through numerous awards including City of Sydney Business of the Year, Café of The Year, NSW Entrepreneur of the Year as well as 2007 Telstra Women’s Business Owner of the Year.

During her time on Council Angela has filled the role of Deputy Chairperson of the City of Sydney Economic Development and Business Sub-Committee. She is also the first Australian Greek woman to be elected to the City of Sydney, an achievement formally recognised by the European Council. Angela is committed to ensuring that Sydney becomes a smart city through the use of technology that will transform the city and improve the amenity of residents, businesses and visitors.

As a resident and business owner in the City of Sydney, Angela has an insight into the impact of Council decisions on all levels of the community. She is committed to ensuring that Council continues to fulfil its role where constituents remain top of mind.

In 2018 Angela formed The Small Business Party, an independent political party which aims to provide robust and honest representation for small businesses and residents in Parliament.

Today, there is a growing divide between small business and government. Despite being Australia’s largest employer, there is no suitable advocate in government for small business. Through Angela’s work in advocacy, policy and leadership she is looking to fill that gap.