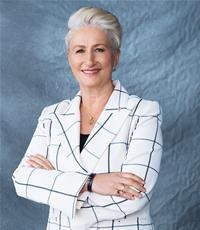 Professor Kerryn Phelps AM was first elected to Council in September 2016. Kerryn is an Australian medical practitioner, public health and civil rights advocate, medical educator, wife to Jackie and mother of three. She was the first woman to be elected as President of the Federal Australian Medical Association and is also a past President of the Australasian Integrative Medicine Association.

Kerryn is a passionate advocate for civil rights, particularly equality for the LGBT community and the rights of vulnerable children. She is committed to teaching the next generation of doctors as an Adjunct Professor at Sydney Medical School and Conjoint Professor at University of New South Wales Faculty of Medicine and in the National Institute of Complementary Medicine at Western Sydney University.

As a pioneer in health communication in Australia, Kerryn has appeared regularly on television, radio and in the print media for thirty years, informing the public on health, fitness and wellness. She has been the health columnist for the Australian Women’s Weekly since 1995.

She is a keen sportswoman, and in 2014, was appointed to the board of Hockey Australia. Kerryn is an ambassador for Barnardos Australia. In 2016, she was named one of 100 Women of Influence by the Australian Financial Review.